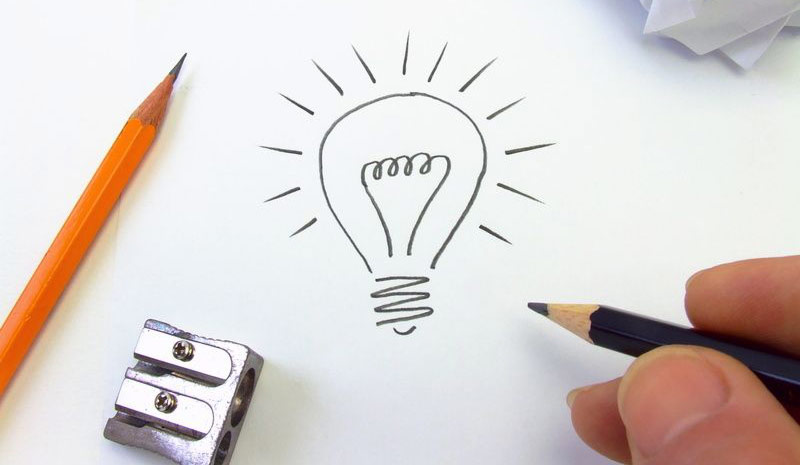 How to think a little bit more like a designer…

Design Thinking (creative problem solving) has been dramatically rising in importance. And rightly so – creativity is the last sustainable competitive advantage left. That’s why great emphasis is being placed on it.

But as much as organisations say how ‘innovative’ they are. Often they are not exhibiting the behaviour conducive to achieving it. Or more specifically, they are not cultivating the appropriate behaviours in their employees.

So we thought we’d take a look at the creative thinkers here at Rima. And note down the ways in which they behave. Just what are the things they do that helps them to be more creative and innovative?

The approaches we’ll soon be outlining should certainly not be seen as the sole preserve of designers. Everyone should really be thinking in this way – no matter what job role they find themselves in. And that is arguably the biggest takeaway from the design thinking movement. The fact that design thinking is something WE ALL should be undertaking.

Let’s get one thing clear first

Often people confuse design with art. But design is not art, though there is art in design.

Design is therefore about much more than aesthetics. Design is about solving problems or making a situation, better. That’s why thinking like a designer is something everyone can do.

OK. Now that we’ve got that cleared up. Let’s jump into the ways we’ve noticed our designers think and behave – all things that you can be doing too!

We’ll get this one out of the way. It’s become the thing that you’ll hear every creative leader say when they’re asked how to improve creativity levels.

Rightly so, though. Being curious ensures you spot new things, and patterns. And enables you to combine things to create new ideas or solve existing problems. Being curious is really about ensuring you are always exposing yourself to new things and situations, and so filling your head with things and experiences that you can draw upon later.

Always be asking why, and how could this be better. And be interested in everyone and everything that is going on around you.

The second ‘big one’ on our list. Like ‘Design Thinking’, the drum has been banged hard for a while now, on the importance of ‘collaboration’.

It’s true, collaboration is vital in getting the best results. Although like anything, too much of it can be a bad thing. In fact we’ve written about that, here. Worth having a read after you’re done with this post.

Our designers know that rarely will they solve a problem alone. Sure, they’ll do a lot of the groundwork, individually. But while on their journey, they’ll get feedback and input that changes their direction of thinking and influences and shapes the ultimate solution.

The best designers don’t try and ‘own’ an idea. They understand that the greatest ideas are those that are shared and worked on as a team.

Let’s quickly get a definition of Design Thinking, from one of the pioneers of it:

“Design thinking is a human-centred approach to innovation that draws from the designer’s toolkit to integrate the needs of people, the possibilities of technology, and the requirements for business success.”

By being human-centred, it is clear that empathy is a big part of thinking like a designer. You need to put yourself in the shoes of the audience, so as to truly understand their situation, the problems they face and ultimately, exactly what it is you need to solve to help make their lives better.

Empathy is an often overlooked and undervalued skill. But for solving problems, it’s one of the most important skills to have, and to cultivate.

Perhaps it’s why all designers are friendly folk?

Back in the 70’s, Dieter Rams – one of the most famous (industrial) designers of all time – reflected on his contribution to the design world, by asking himself the question: is my design, good design?

From his answer was born the Ten Principles for Good Design.

One of his legendary 10 principles of good design is:

Good design is as little design as possible.

In other words – keep things simple. To achieve this, one should just focus on the things that truly matter – the essential aspects. Granted, he was referring to product design. But his thinking can be applied to all aspects of design.

It’s about less, but better. And the areas to focus on will become evident during the design process. Where, strategic understanding will help to inform the choices you make as a designer.

All our designers see these as vital ingredients for creativity. They provide focus and set boundaries – within which the solution to the problem lies. Great designers don’t complain about the lack of budget or resources. As they know if they were given total freedom, there is a danger the work could lack focus, and end up spiralling out of control.

Constraints are your friend, not your enemy

If our lot are anything to go by, then all designers can be said to be dreamers. This is something that should be encouraged, and certainly not prevented and quashed.

Yes, we talked about constraints and boundaries. But when necessary, these should be pushed and challenged. Often ‘breaking the rules’ opens up new possibilities and break-through solutions.

Ambitious people are often seen as dreamers. They’re the ones that take risks, and challenge assumptions – often failing. But only by doing this can real change happen. Which brings us nicely on to the next point…

Here it is very much about making ides tangible and testing them to see how you can make them better. Also known as prototyping.

Ideas are nothing, when they are simply ideas. The name of the game is execution. Putting them out there to see how they work. Therefore you can’t be too precious about them. Don’t worry if they fail. Better to fail early, then for a fully formed execution to fail a lot later down the line.

Experiment. That’s what all the best design thinkers we know do. We know everyone says it, and yeah it gets a bit boring. But failure is part of the process.

A pencil and paper: this is what design thinkers begin with. The ideas are the important things, not the tools you use.

It’s important to remember that strategic thinking and the design process should always come before Photoshop. So that means words are what tend to come before pictures.

The creative process is hard.

And somewhat counterintuitively, often when you spend ages toiling away trying to unearth the idea, progress can be less than fruitful. But then, when you’re off doing something else, and your mind has a chance to breath and wander – that’s the time when an idea will make itself known.

What we’re trying to say, is when thinking like a designer, it’s best to get used to the struggle. That feeling of worry – how you’re not getting anywhere and never going to come up with the solution. That feeling is a natural one. And something that all designers go through.

Design thinkers know that their idea/solution might be brilliant, but when it is presented poorly it could fail to get the green light.

Arguably the ‘selling’ of an idea, can be just as important as the generation of one.

Therefore design thinkers should be able to clearly articulate the human insight behind the idea, the form the idea will take, and how it will solve the problem at hand. To achieve this, it’s always best to take advice from Einstein:

If you can’t explain it simply, you don’t understand it well enough.

There you have it. The ways we see our designers here at Rima thinking and behaving.

We strongly believe that if everyone at every organisation behaved in some of these ways, then we’d sure see a hell of a lot more innovation taking place.

If you want to put our designers thinking to the test, by helping you to solve any problems that you may have at your organisation, then please do just drop us a line.