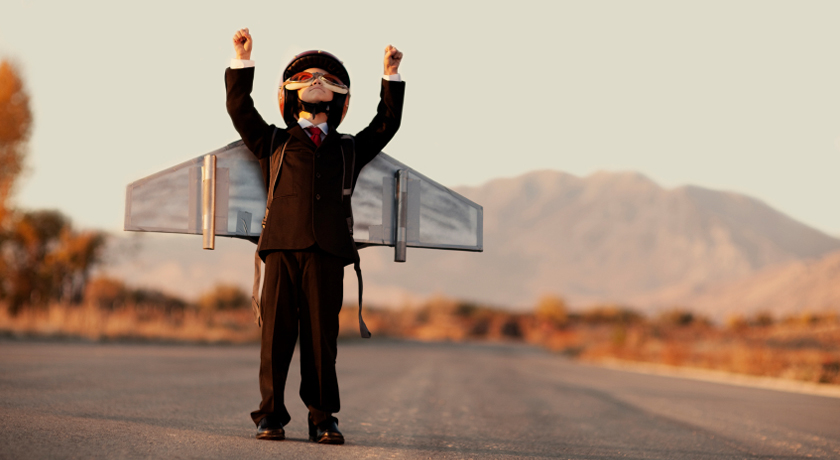 The Big Idea. Is Technology killing it?

We’ve noticed a fair bit of chatter online about whether the ‘Big Idea’ is still relevant in today’s multi-channel, tech driven digital world. Most of it makes for pretty interesting reading…

You’ve got some who suggest the era of the Big Idea is over – adtec, big data, and programmatic methods responsible for the hammering in of the death nail.

Others say the Big Idea is still very much the thing to focus on above all else.

While a third group, believe it simply needs to adapt, with plenty of room for tech and ideas to work together in harmony.

We’re with the last lot…

The Big Idea isn’t going anywhere. But arguably it does need to change a little. Before we get to that, let’s be clear on just what the Big Idea actually is.

And as a consumer, you’ll know a Big Idea when you see one, as:

Big ideas are what excite.

A Big Idea, can even motivate and give a client confidence to push past any reservations or boundaries they may have held in the past – unlocking their brands potential.

In short, the Big Idea is all about telling the brand story. Through which the brands purpose, and vision is brought to life. And it’s an idea big enough to transcend mediums, and to change and adapt to its context. That leads us nicely onto our next point – how the Big Idea is changing.

How the Big Idea is changing

As we mentioned at the very beginning, advancements in technology seem to have put pressure on the Big Idea. Technologies ability to hyper personalise comms, and adapt in real time whether based on the unearthing of new insights, or a changing context – means communications can now be far more efficient and effective. And so unsurprisingly, technology is being championed.

But big picture storytelling is of course still needed; it’s just that now we can supercharge it with amazing technology (and just wait until AI really finds its feet…).

And so for us, when it comes to the Big Idea today, there are two things that the role of technology has changed about it.

1. When coming up with the big idea, technologies role in it must be considered at the highest level.

By that we mean, how will the Big Idea be created, how will it work across different mediums, how can we measure effectiveness, and how can it be changed based on performance and the unearthing of new insights.

Simply, now the best Big Ideas are those that are fluid – by reacting to data from the tech, and shaping to the tech it is flowing through.

2. We’ve seen a few people suggest how the Big Idea should be rebranded as the Human Idea. And there’s plenty of merit in that.

This is because technology and data is being used to identify insights on which creative territories can be built, and within which the Big Idea can be found.

This again is showing the powerful role of technology in shaping creativity (by proceeding it). Yet, a human truth has always been what the best Big Ideas have been based on.

Alternatively, often what we see is the technological insight being used to back up Big Ideas – so working as a secondary / supporting function.

Either way, what’s clear is when both tech and The Big idea work together, the best results are seen. And the results, we think are best called the Human idea.

There you have it. Clearly the big idea isn’t going anywhere. And nor is tech.
Key then is that they both work together, well.

If you need any help with coming up with your next human idea, to excite all involved – well, you know where we are.