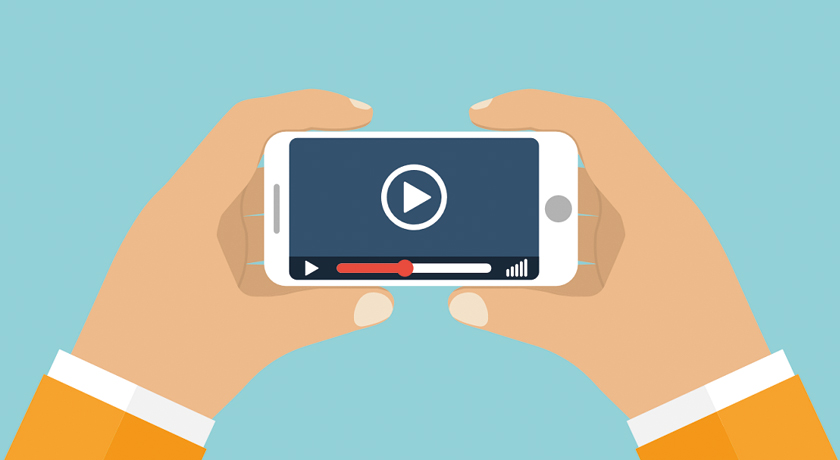 Just how important is the ‘first 3 seconds’ of a social media video?

You don’t need us to tell you how important the use of video has now become in communicating your brand message. And it is mobile that has become the dominant means of consuming it – so much so it is now widely considered as the ‘first screen’.

Within mobile, it’s on social channels where the majority of videos are watched. And therefore not only optimising videos for mobile, but also for social has become crucial for success.

In relation to the above, one thing that is constantly debated is the importance of the ‘first 3 seconds’.

The social channels themselves (e.g Facebook), armed with numbers and insights make it pretty clear on just how important the first 3 seconds of a social video are. Stating how it is within this time frame, that a viewer will either decide to stay and watch or scroll on to the next. And so in this time frame is where the content needs to hook them, and land the message.

Yet, there are many others (creatives, production houses etc) that state they don’t find the advice given by the social channels to be true, based on their experience with social videos. And they believe not only can videos be longer, but also the messaging need not be placed within the first 3 seconds.

So, who’s right when it comes to the ‘first 3 seconds?’

Well, we’re hoping the following might help you to answer just that…

Reasons for the importance of the first 3 seconds

Users wont stop scrolling through their feed unless a video grabs them. It’s as simple as that. So the first 3 seconds really are crucial in stopping them scrolling on past your video.

2. Three seconds or more is what’s counted as view.

So for performance measurement – the first 3 seconds is what it’s all about. It needs to be the strongest part of the video.

Again, it’s clear just how short a time users spend on watching videos. To not place great content front and centre, could be seen to be taking a huge risk.

Reasons the first 3 seconds are not the be all and end all.

1. An already engaged community don’t need to be hooked.

This is a counter argument we’ve come across a few times now. With some suggesting that a focus on the first three seconds is something you only do when you’re peppering people with a video they don’t necessarily know that they want to see.

As if you have an engaged audience, you don’t need to hook them in – they will happily stop scrolling for your content, and hungrily consume it.

2. Doesn’t allow for the build up of emotion.

You want to place the landing message and call to action at the end, after you have built up the necessary emotion.

Think of traditional TV spots, they’ll often leave the main message until the end, to tie all of the upfront storytelling together, to land a stronger punch line.

Again, this is something we’ve had to battle against, as this is a traditional view of video, and one that doesn’t translate to the demands of video for social platforms, especially for mobile.

As you might have guessed, we do believe the first 3 seconds to be very important to focus on. And so there are a number of things we follow when creating short pieces of video content for social channels:

1. Ensure the thumbnail of the video is the strongest shot.

This is the first thing that’ll capture the users attention. Yes, overlaid text can help. But best to keep this to a minimum – especially as Facebook will limit the reach of content that is text heavy (yep, the 20% rule does still apply, even if they have repackaged it).

2. Beyond the thumbnail, the video needs to open with a strong shot.

No need to start slowly, trying to set the scene – show the best clip. If you start boring, the user will, you can guess what’s coming – get bored, and simply scroll on to another video.

Furthermore, when watching a video on a social channel, there’s a chance that it will already have started by the time you properly start watching it (autoplay). So avoid cutting the strongest clip too soon, as people will just simply miss it.

3. Land the main message in the first 3 seconds.

And often it is overlaid text that is best equipped to achieve this. You want people to be able to come away with the message / call to action of the video even if they watch it for just three seconds.

4. Show the name of the brand in the first three seconds.

This is something we don’t always do, but if there’s an option to do so, we’ll take it.

We avoid simply showing a floaty brand logo on screen. However, if we can integrate the logo into the product/scene on screen, then we will.

Another strategy that you can use to encourage users to stick around to watch the remainder of your video, is to clearly and quickly explain what the rest of the video will contain and why they should continue to watch. Remember though, you’ve then got to deliver on your promise, with a great video!

Something not to neglect. The use of the right words can help to further elevate your video.

There you have it, our brief views on the ‘first 3 seconds’. Hopefully we’ve provided enough to help you to come to your own answer on it’s importance.

As we’ve already said, it’s probably pretty obvious as to what team we’re on.

And so if you do need help with the first three seconds of your next video, you know where to come.